Can Entertain (Or Swinger – Party)
Can entertain is an advertiser willing to invite others to their home and or party or venue for swinging. Swinger Parties are very popular.

Can Travel – Swinger
Can Travel is a swinger term, meaning the individual or couple is willing to travel to a desired swinging location. (See also Local Swingers or Online Swingers.)

Cheating
Cheating is Sexual activity with others without spouse’s knowledge and/or consent.

Clique or Swinger Clique
Swinger clique, meaning a group of people that may not have sex with you or party with you. Often at swinger parties and swinger clubs, a clique may only keep to themselves.

Closed Swinging or Close Door Swinging
Sexual interaction involving couples performing in separate rooms usually at a house for maximum privacy. Couples usually talk about the experience afterwards and often engage again in sex with each other afterwards.

Closet Swinger or Discreet
A closet swinger is an individual swinger or swinger couple that hide the fact that he/she are indeed swingers. Swingers hide the fact do to career, family and religion. Most swingers are middle and upper class. (See also discreet or discretion)

Community Member
A community member swinger is an individual swinger or swinger couple that believe swinging is more than recreational sex but more of a lifestyle. Often community members are free spirits, open minded and very spiritual.

Cougar
An older woman who sexually pursues men significantly younger than herself. Some definitions define the age difference as at least 8 years.

Couple or Swinger Couple
In swinging, a man and a woman that are swingers can be married but not necessary. A Swinger couple usually are living together (cohabitation), are committed or in an on going relationship. Subsequently a single couple may be dating for swinging purposes.

CPL
In swinging, cpl is an acronym for couple or swinger couple, two people, generally one male, one female that are participating together in the lifestyle. A swinger couple can be married or in an on going relationship and are usually living together.

Cross Dresser (CD)
A person who sometimes wears clothing associated with the opposite sex, generally referring to men that dress in women’s clothes. 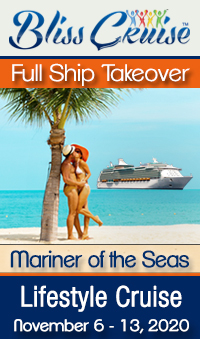